In May 2019, the first fully electric rubbish truck designed and made in Australia was launched by the City of Casey Council (in Melbourne’s outer south east) by WM Waste Management Service.

The electric rubbish truck has been developed by waste collection equipment maker SuperiorPak in collaboration with SEA Electric. [1] The trucks are entirely electric-powered- allowing for up to 250kms on a single charge.

It is estimated that each load of waste taken by the electric trucks directly saves approximately 180kg of carbon dioxide being emitted into the atmosphere in comparison with an equivalent diesel truck. Reduced air pollution results in cleaner air in suburban homes and streets, and reduced noise allows the residents of the City of Casey to sleep for longer in the mornings when the collection trucks arrive. [2] 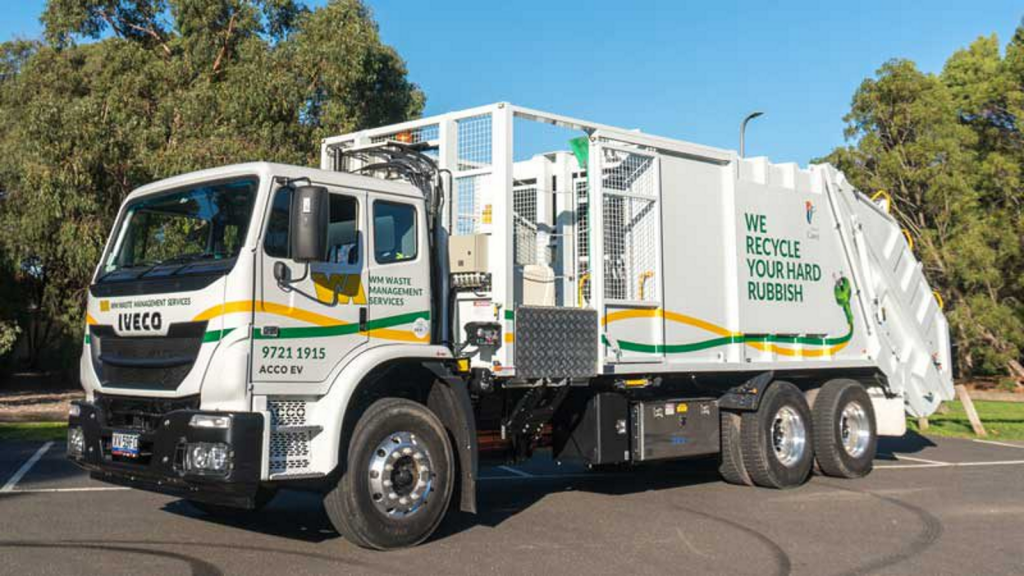